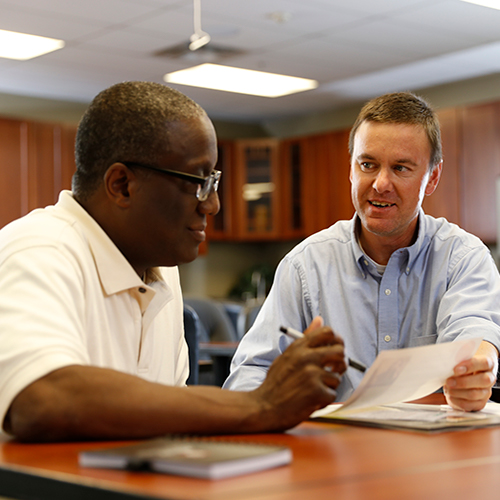 Today, the Bosma Visionary Opportunities Foundation, in partnership with the Central Indiana Community Foundation (CICF), announced the statewide application period is open for the Lou Moneymaker Legacy Scholarship. Established in 2020, the scholarship is named for Bosma Enterprises’ former CEO and encourages students to pursue a post-high school education in Indiana.

“There is a world of opportunity for people who are blind or visually impaired,” said Jay Geshay, interim executive director, Bosma Visionary Opportunities Foundation. “My hope is that each year this scholarship will encourage a fellow Hoosier to pursue the dream of education.”

Moneymaker served as Bosma Enterprises CEO for 17 years. Under his guidance, the organization grew its annual revenue from $2 million to $70 million and positioned itself as a national leader on issues impacting people who are blind or visually impaired. Prior to Bosma Enterprises, Moneymaker spent 33 years as a teacher, coach and dean at the Indiana School for the Blind and Visually Impaired in Indianapolis. For a total of 50 years, Moneymaker made it his mission to dismantle stereotypes surrounding people with disabilities and create opportunities and independence for people who are blind or visually impaired.

The Moneymaker scholarship is open to Indiana residents pursuing post-secondary education at any accredited Indiana college, university, technical, vocational or trade school that demonstrate financial need or other significant barriers to obtaining a postsecondary credentials. A preference will be given to applicants who are blind or visually impaired.

Applications are due by February 1, 2022.  For more information on how to apply, go to https://www.cicf.org/scholarships/